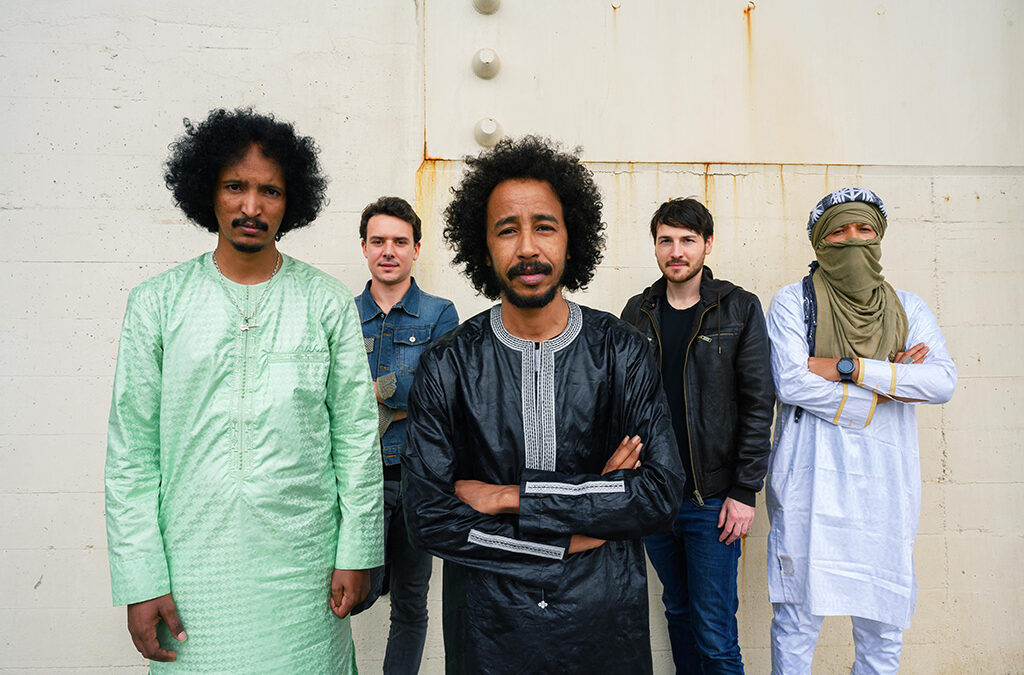 SLOWGOLD
Humble and grounded rock music with poetic lyrics in Swedish. Amanda Werne, from Gothenburg, writes music that will make you stop and listen to the breathe in the eternity for a little while. With dreamy singing and distorted guitars she enthralls the listener with her wise and thoughtful lyrics. We look forward to her atmospheric and suggestive rock music at what is going to be an enchanting concert!

TAMIKREST
Tamikrest means crossroads and refers to the band members who come from different parts of the world. They consist of a new generation of musicians that have renewed the desert rock genre. The band formed in the city Kidal in north Mali, which is an important cultural center for the Tuareg people. They had, for a very short time, after the Tuareg rebellion their own state called Azawad – although It was occupied shortly after by al-Qaida. This reality became the basis for Tamikrests music. With howling guitars and melancholic song about pain, sorrow and pride they keep the fight for change going with a hopeful message about positive change.

RANARIM
Once upon a time, not all too long ago. Two folk singers met and discovered that it was too much fun to sing together that they just couldn’t stop. At the same time, in another place, there sat a harp player and a guitarist who together played until the strings became red-hot and reeking of smoke. Ranarim is finally back! One of Swedens most popular folk music groups, who have made themselves famous for the particular way their singers use their voices together in a unique and fierce way. Ranarim inspires and spreads joy with their energetic, tender and harmonious folk music.